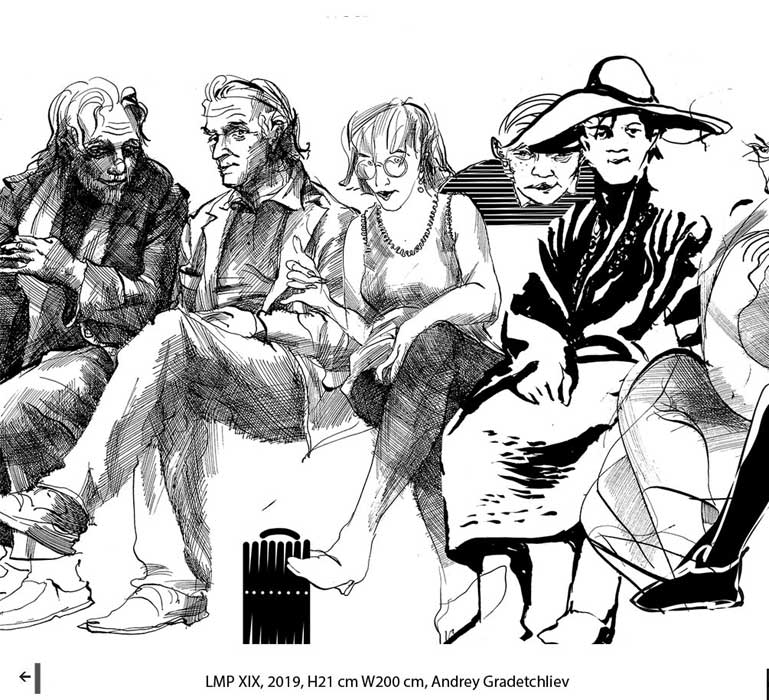 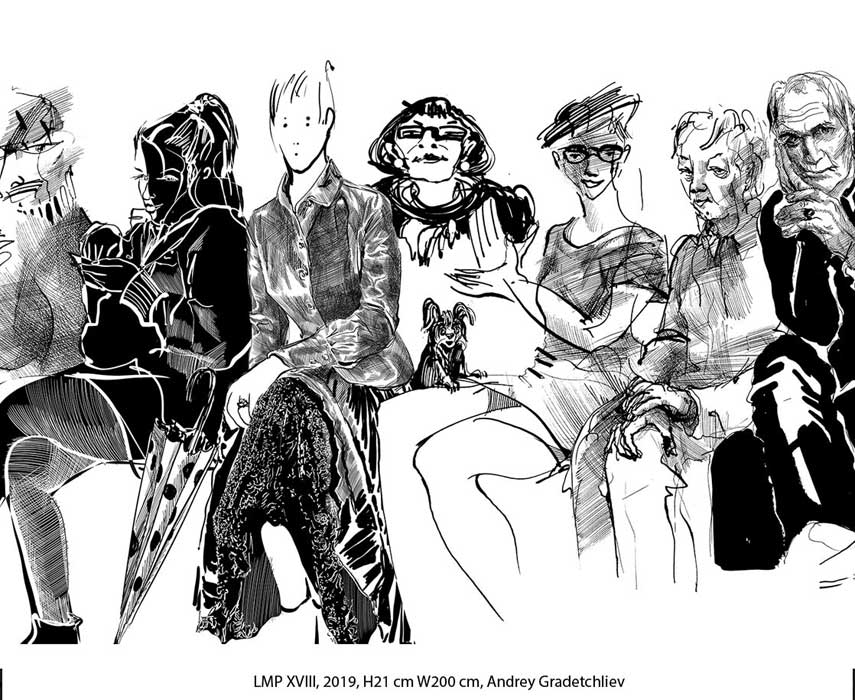 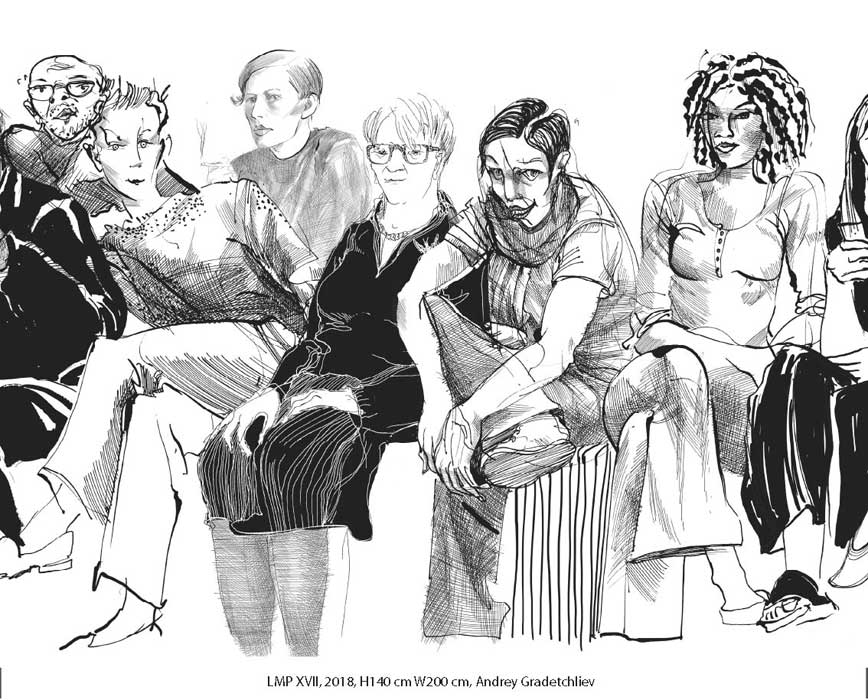 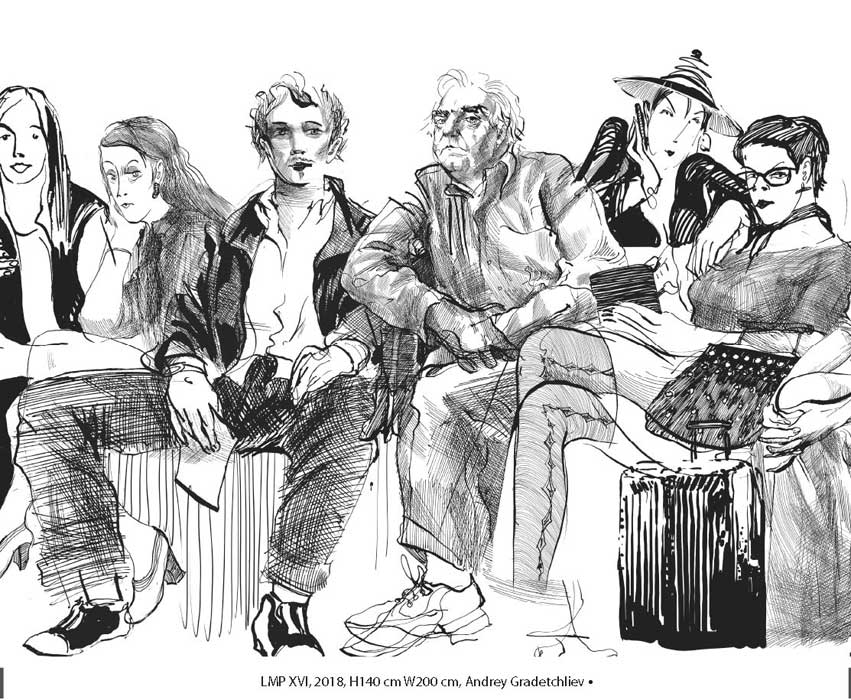 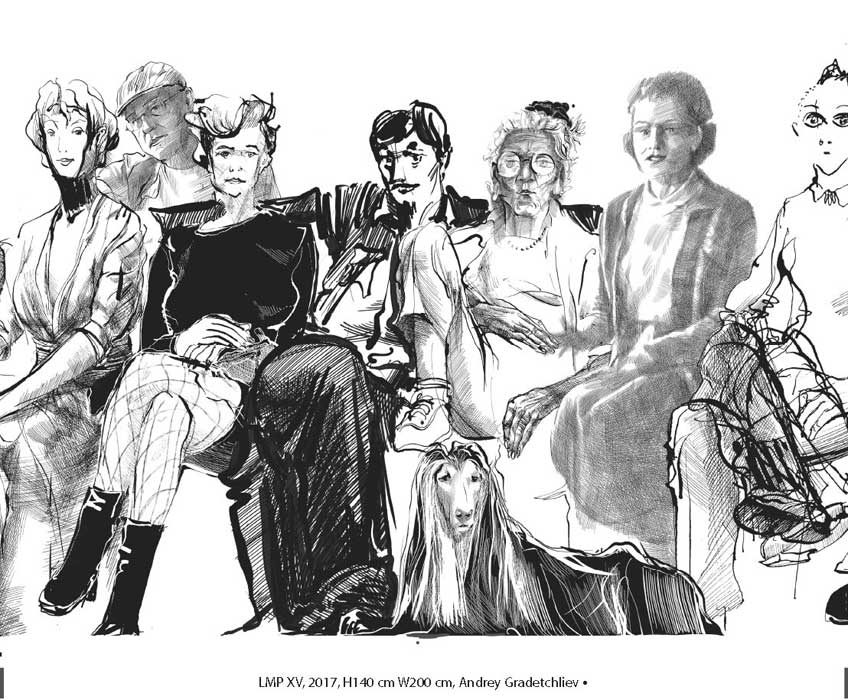 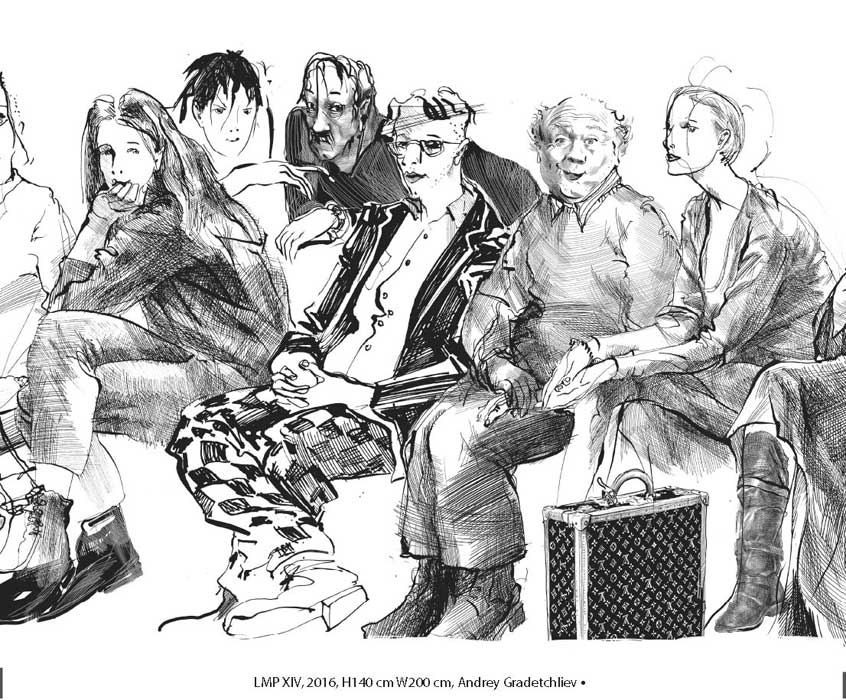 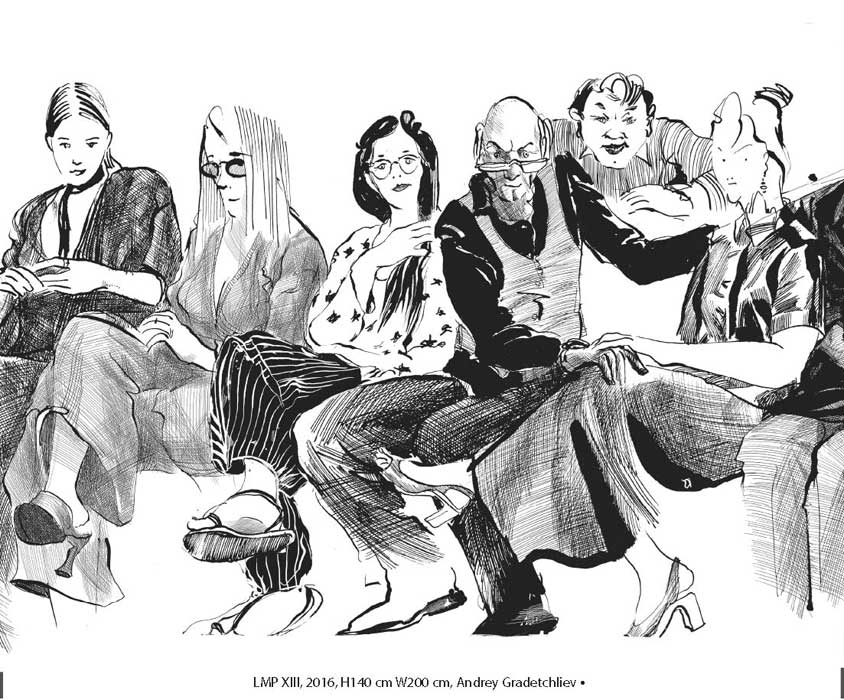 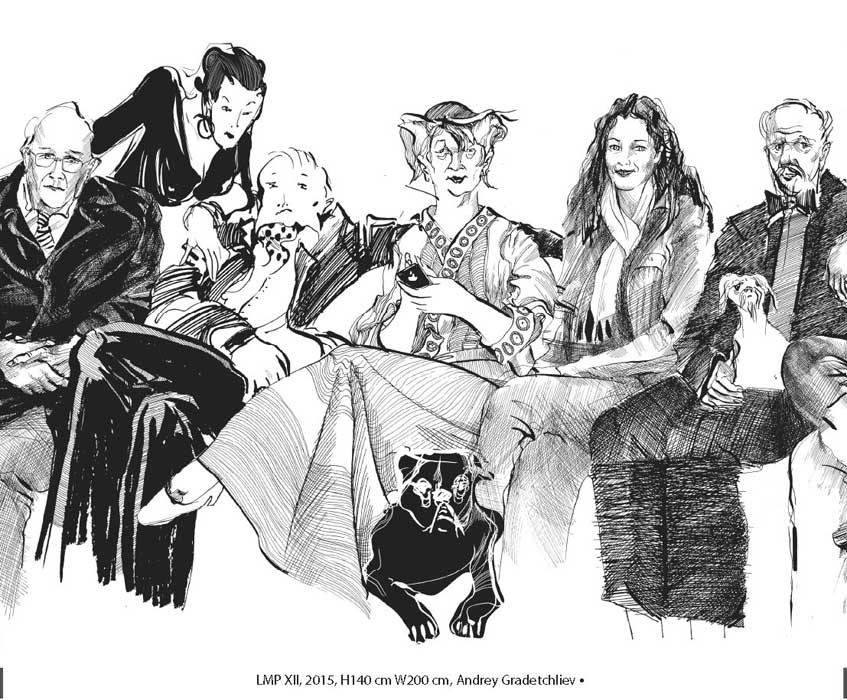 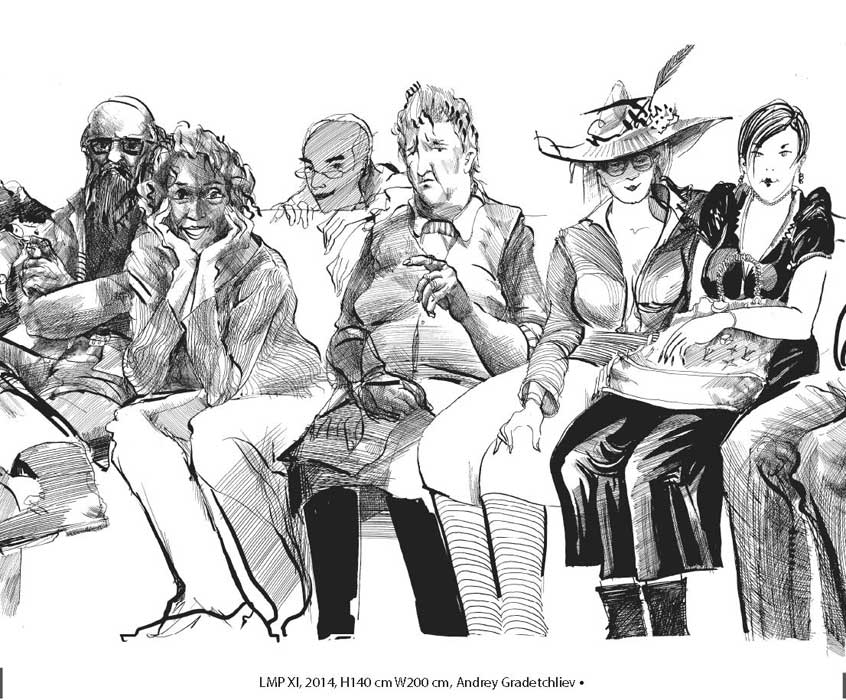 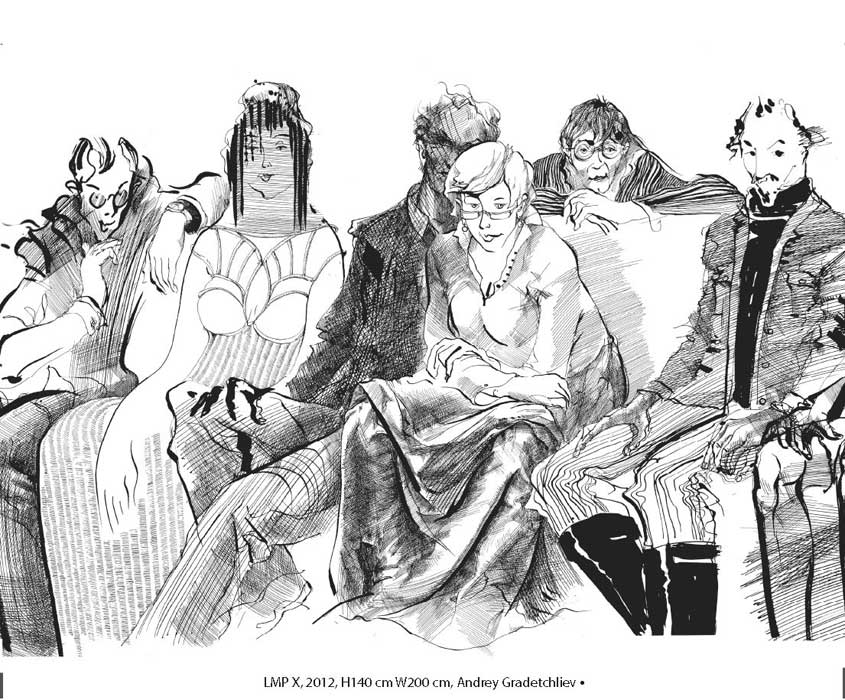 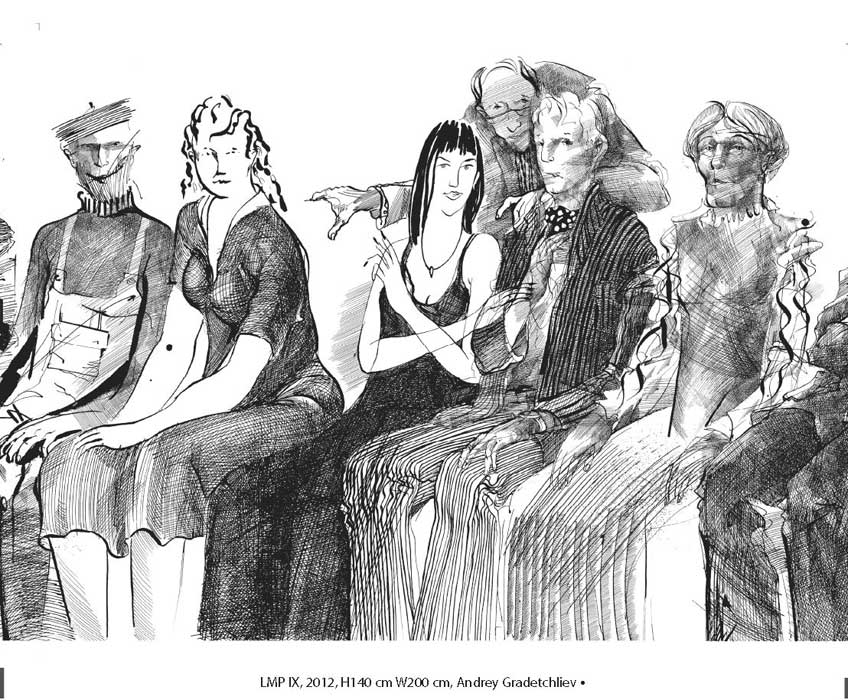 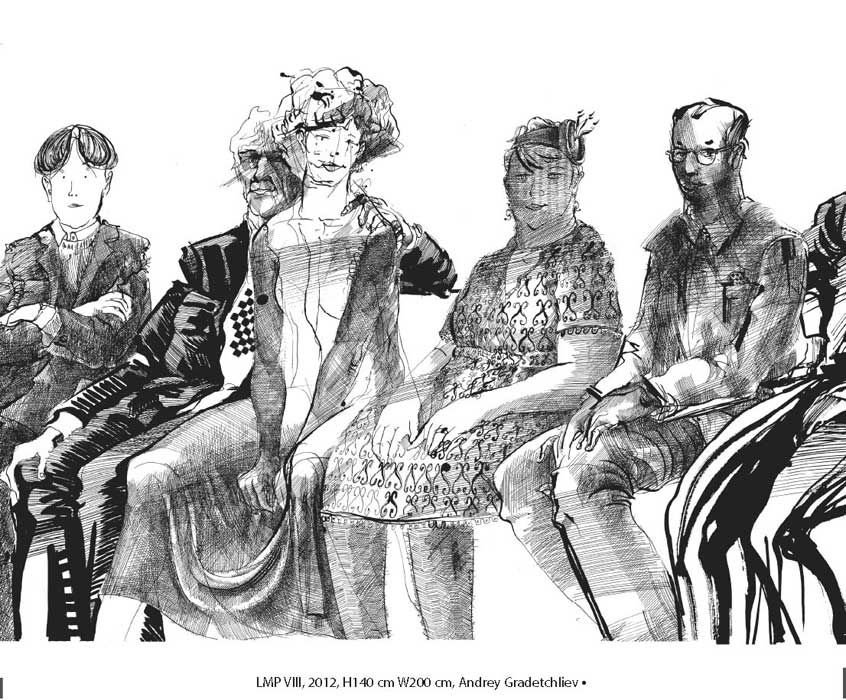 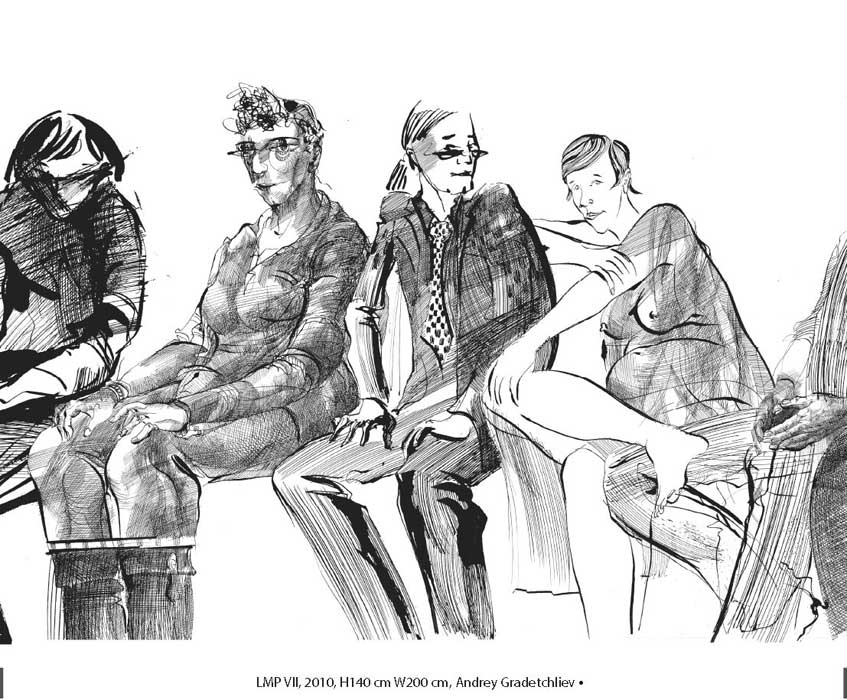 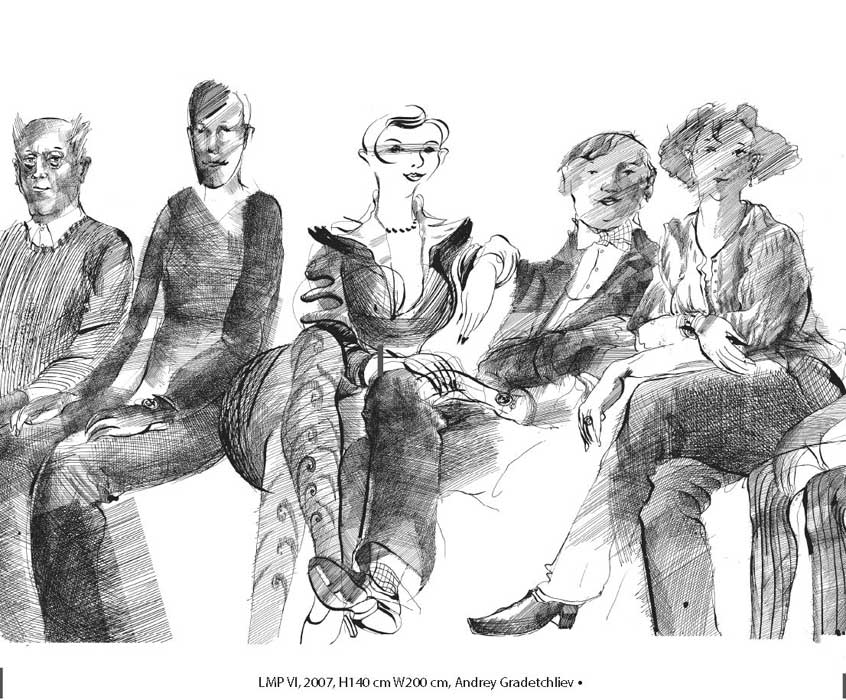 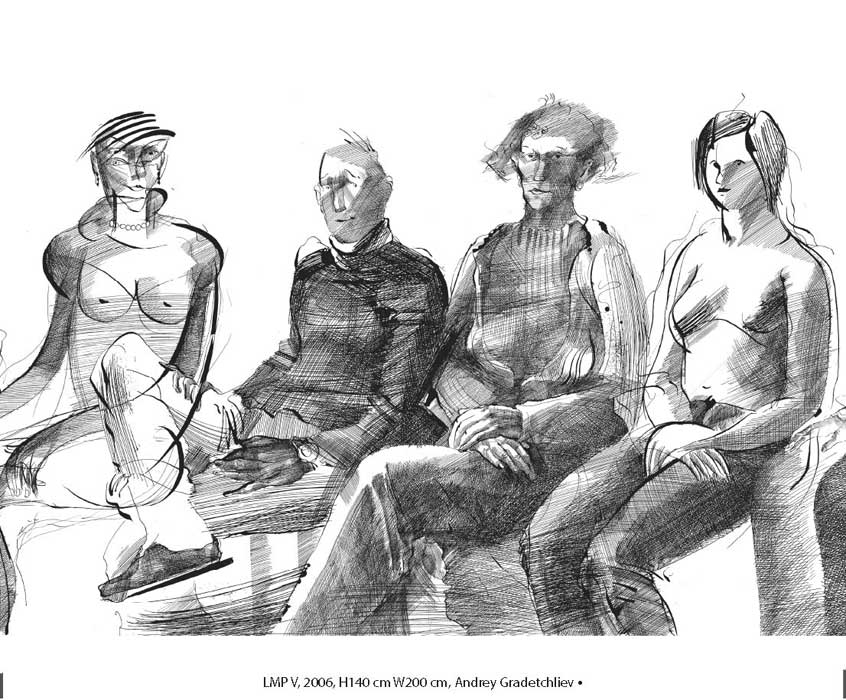 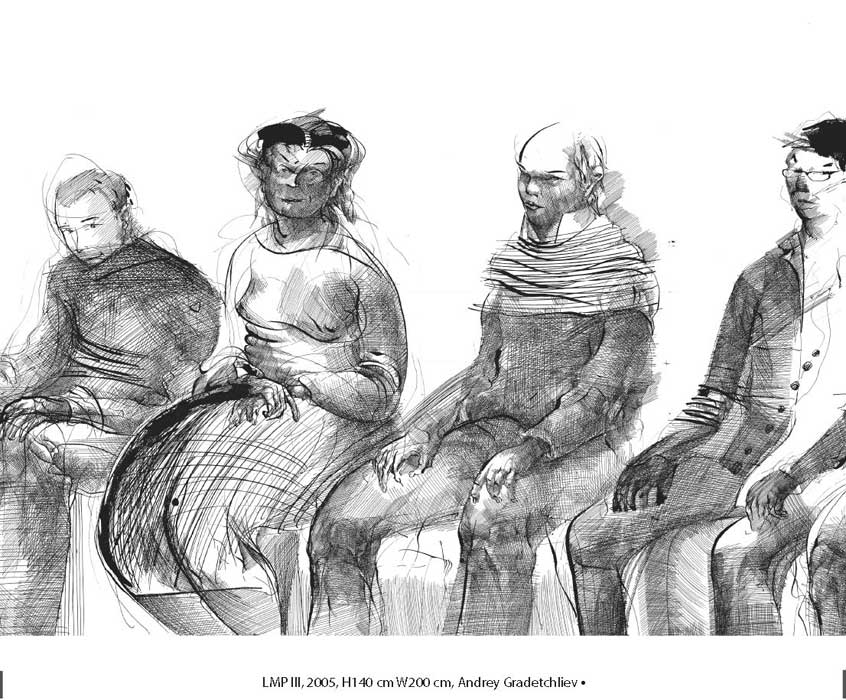 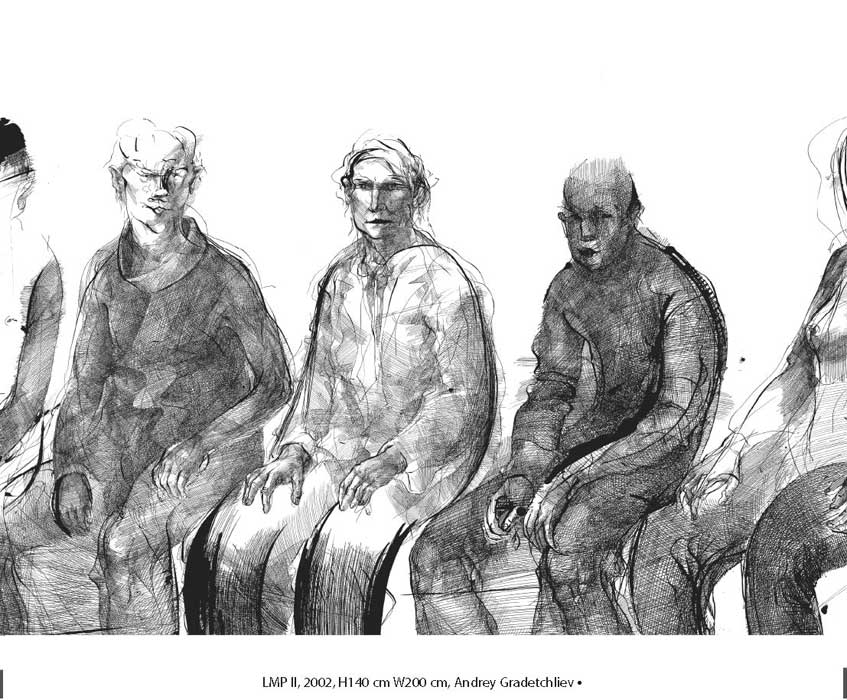 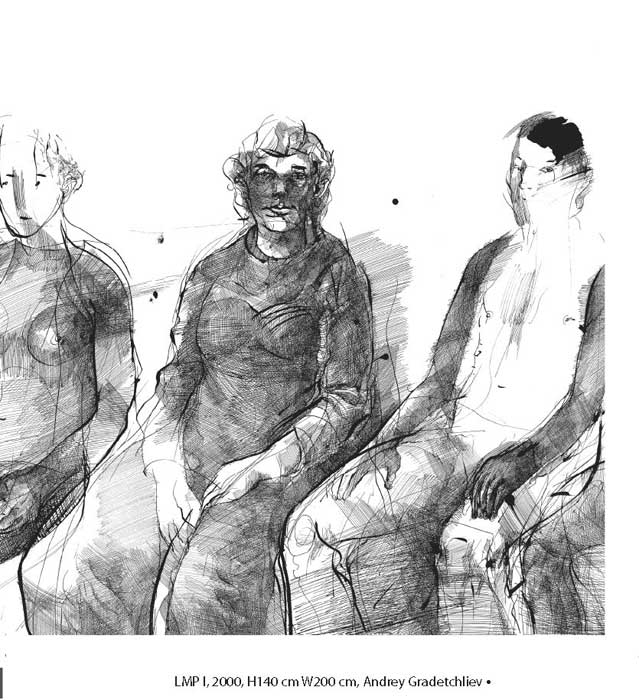 The frieze “Linear meters audience“ has been developing for decades in space and time. I started this project in the year 2000. Currently it is 34 meters long with a constant height of 1,40m. Depicted are sitting people that are watching the viewer – a concept that bielefeld system theorist Niklas Luhmann put in the centre of his social theory. My starting point was much humbler: During my work at the theatre I was able to watch the audience for hours. The picture of people sitting closely next to each other that were watching me watching them was fascinating and had something revealing. How do we create our reality through these observations of the second order? Driven and inspired by already existing frieze compositions, “Lineare meter Publikum“ keeps developing to a panopticon. The Parthenon‘s frieze as well as Gustav Klimt‘s beautiful Beethoven frieze served as supporting examples of art history – from antiquity to classical modernism. In 2014, I saw the video installation of Bruce Naumann in New York City that showed people that were watching back at the viewer. The apparent absence of a message and the reduction to the pure power of the black and white drawing seems sufficient for an artistic statement that puts the reflexivity and the social construction of reality in the centre. “Lineare meter Publikum“ are designed to be my life‘s work. Every panel is 2 meters long and every year one or two panels are being added. Most of them are in private or public collections all around the world. 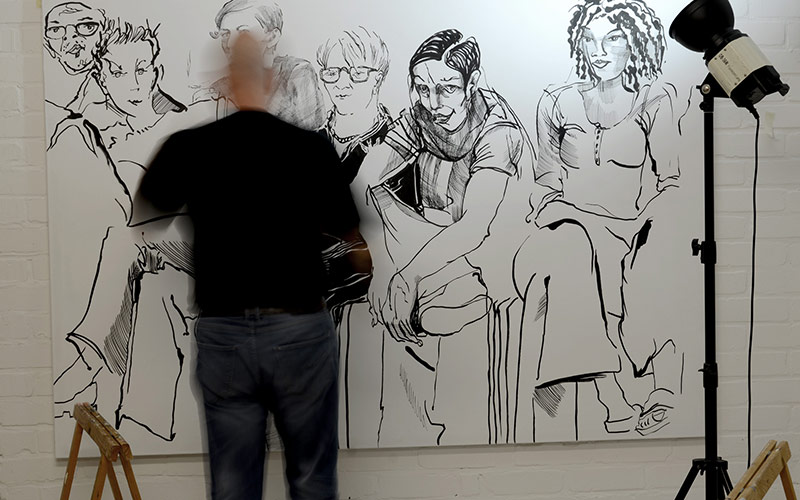 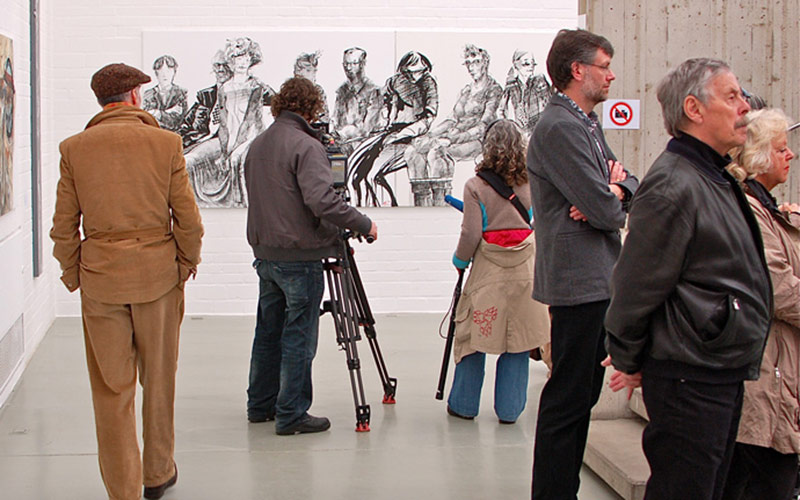